The Dallas Cowboys offense is continuing to click on all cylinders.

The Cowboys scored 21 unanswered points in the second half to beat their NFC East rival New York Giants on Thanksgiving, 28-20.

In their last five games, Dallas is averaging 33.8 points per game, going 4-1 in that span. 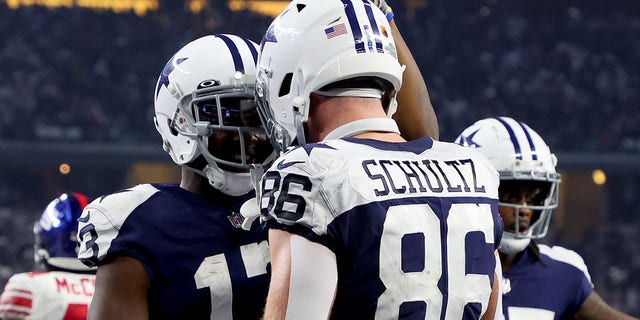 A Giants touchdown was called back due to an ineligible man downfield, but Graham Gano still managed to knock a 57-yard field goal. After Ezekiel Elliott gave the Cowboys a 7-3 lead, Saquon Barkley answered with a rushing touchdown of his own to make it 10-7 Big Blue. Dak Prescott also threw two interceptions in the first half, the latter of which the Giants were able to turn into another field goal before the half ended.

Prescott then led a stout second-half opening drive, going 75 yards on 14 plays, the final one being a 15-yard touchdown for Dalton Schultz – Brett Maher’s ensuing PAT gave the Cowboys a 14-13 lead.

That was just a preview of what was to come. 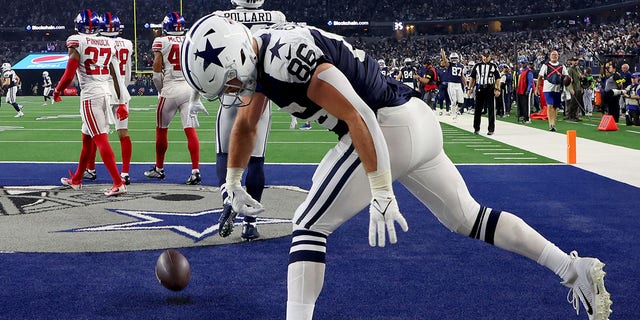 Dalton Schultz, #86, of the Dallas Cowboys, celebrates a touchdown during the second half in the game against the New York Giants at AT&T Stadium on November 24, 2022, in Arlington, Texas.
(Richard Rodriguez/Getty Images)

The Giants then turned the ball over on downs on their own half of the field, and Dallas answered with another Shultz touchdown. Dallas led 21-13 with two minutes to go in the third.

After the Giants punted early in the fourth, Dallas scored their third-straight touchdown, this time a rush by Peyton Hendershot, and the Cowboys led 28-13.

Cowboys spread bettors…look away. The Giants scored a touchdown with eight seconds to go to cover. They tried for the onside kick, but CeeDee Lamb recovered to ice the ballgame.

It wasn’t just the Cowboys offense that impressed in Jerry World, as Dallas was able to contain the Giants superb running game, allowing just 90 yards on the ground.

Entering Thursday, New York was rushing for 157.2 yards per game, fourth in the NFL.

Lamb led all receivers with six catches for 106 yards, while Elliott and Tony Pollard combined for 152 yards on 34 carries. 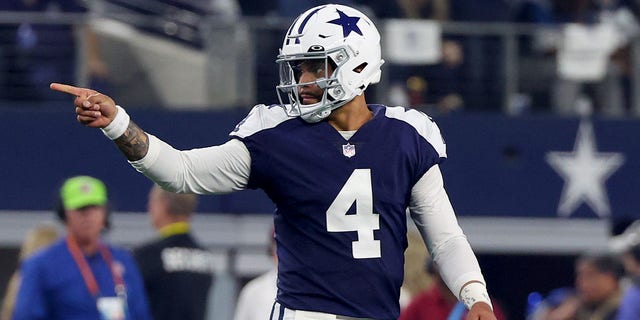 Dak Prescott, #4, of the Dallas Cowboys, reacts after a first down during the first half in the game against the New York Giants at AT&T Stadium on November 24, 2022, in Arlington, Texas.
(Richard Rodriguez/Getty Images)

The Cowboys, now 8-3, will host the Indianapolis Colts in Week 13, while the 7-4 Giants, who have lost three of their last four, will welcome in the 6-5 Washington Commanders.