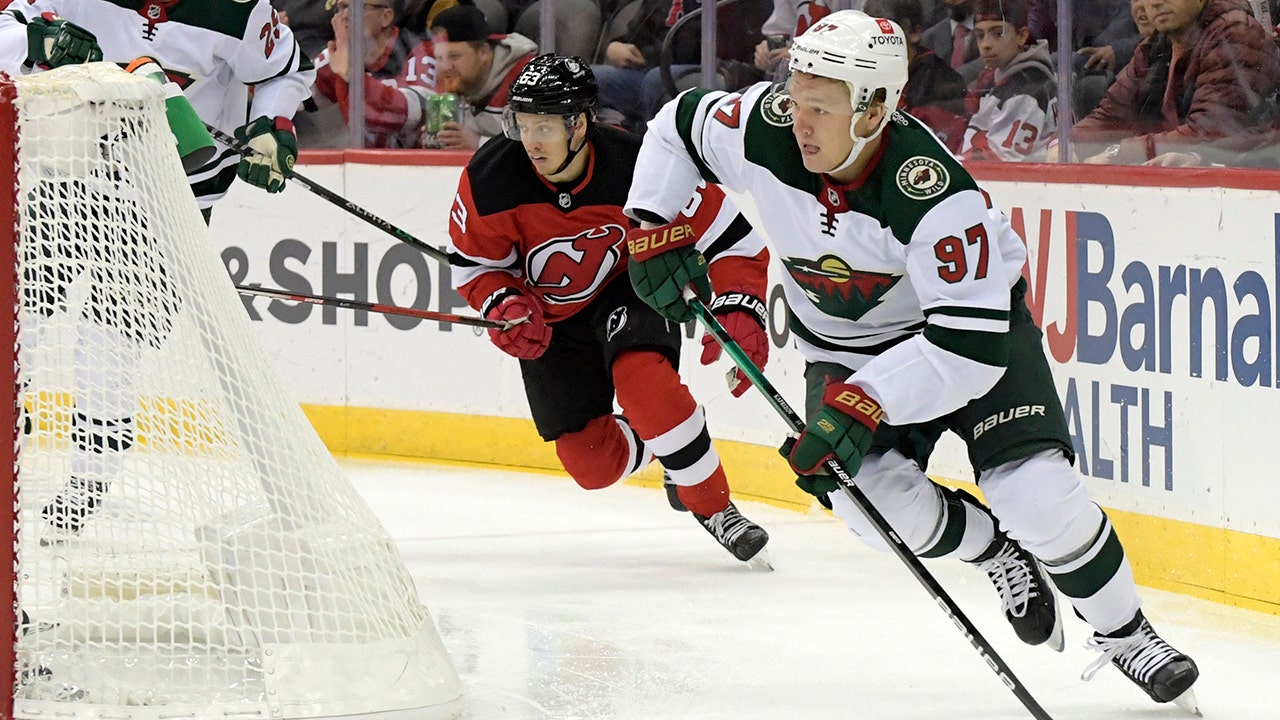 The Minnesota Wild didn’t let a traffic jam slow them down against the New Jersey Devils.

Kevin Fiala scored the lone goal in a shootout, Cam Talbot made 42 saves and the Wild beat the Devils 3-2 on Wednesday night after arriving late to the arena.

Stuck in holiday traffic in Manhattan with the Holland Tunnel closed, the Wild finally made it to Prudential Center in New Jersey at 6:26 p.m., pushing back the start of the game 24 minutes to 7:33 p.m.

“In my opinion, it’s a little irresponsible on their part,” Devils coach Lindy Ruff said.

The delay had no ill effects on the visiting team, which sat through a 2 1/2-hour bus ride from its hotel to the arena.

“Tried to come in here and you know, not to overthink anything. Just go out there and control what I can control. And that’s all you can do in a game like that, a situation like this,” Talbot said. “So that was my mindset coming into it and I feel like I was able to execute that tonight.”

Minnesota scored two first-period goals before the Devils overcame a 2-0 deficit in the third to send the game to overtime.

Dmitry Kulikov assisted on Ryan Hartman’s goal to open the scoring 12:10 into the first period and give the Wild a 1-0 lead. Nico Strum scored at 19:06, making it 2-0 at the first intermission.

The Devils cut the lead in half early in the third when Pavel Zacha scored to make it 2-1 at 3:08.

New Jersey tied it with six skaters on the ice when Yegor Sharangovich scored at 18:53 to make it 2-all.

The Wild ended a two-game skid and remained atop the Central Division.

Mackenzie Blackwood made 27 saves in the loss. The Devils were 0 for 4 on the power play, including a two-man advantage in the third period, when Talbot had three saves.

“We did have a couple of good looks. We did have a couple that was frustrating on the entry,” Ruff said. “We made some tough decisions, but that’s stuff that we’re just going to continue to keep working on. I think we hit a post on a power player, I think we hit an open net on a power play. We’ve just got to keep believing that if we keep working at it, it’s going to get better.”’

The Devils fell to 1-3 in shootouts this season, while the Wild improved to 2-1.

NOTES: New Jersey center Chase De Leo made his debut for the Devils. He played nine shifts and 5:30.

Devils: At the Nashville Predators on Friday night.