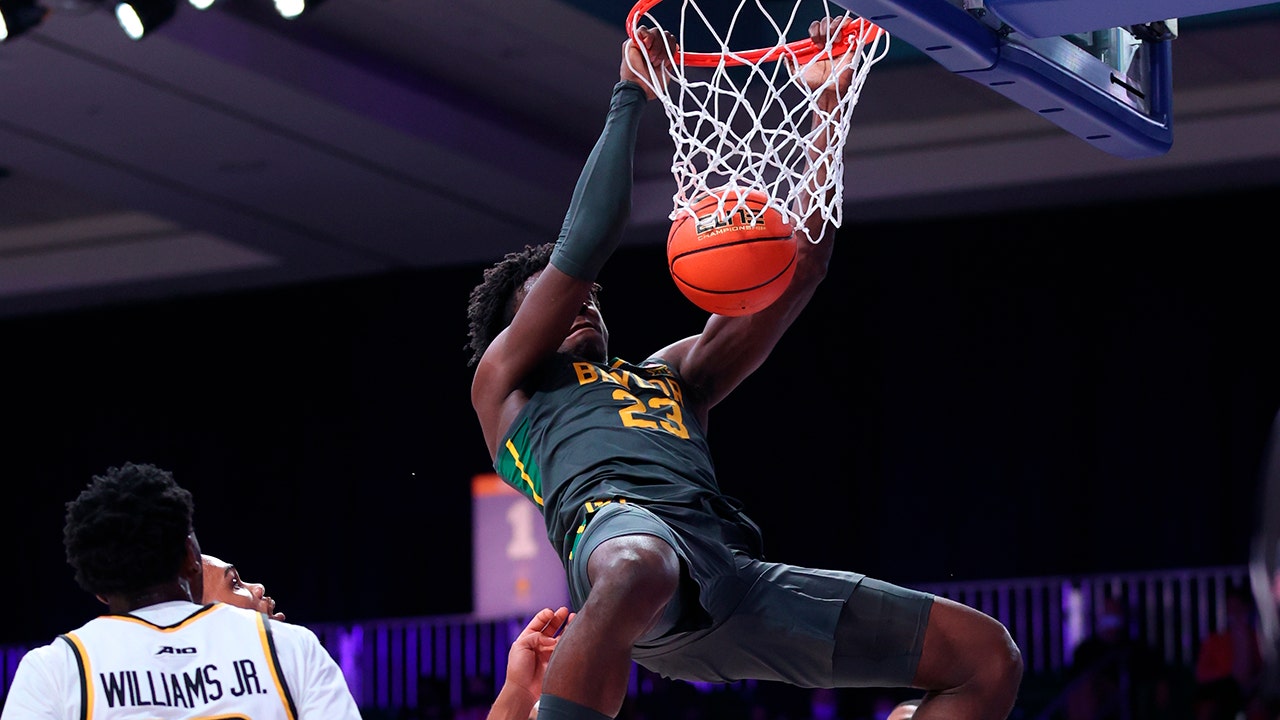 Baylor finally faced a test. The sixth-ranked Bears responded by cleaning up turnovers, hitting the glass and staying a step or two ahead of VCU.

Matthew Mayer scored 15 points to help the Bears hold off the Rams 69-61 in Thursday’s semifinals of the Battle 4 Atlantis, sending Baylor into Friday’s championship game. It marked the reigning national champions’ first game decided by fewer than a dozen points in the young season, and this one had them battling until the final seconds to protect their margin.

“It was huge for us,” Mayer said. “Just our first real test, I would say, in terms of a close game at the end. … we’ve got a lot of toughness. I’m just glad we could kind of get that out of the way so we can find that out about ourselves.”

Freshman Kendall Brown added 14 points for the Bears (6-0), who committed just five second-half turnovers after 13 in the first half against VCU’s full-court and trapping pressure. That first-half total surpassed Baylor’s full-game totals in four games earlier this season.

“It just shows us how connected we are (against) a team like that that can get in your head and press and cause turnovers,” Brown said. “It just shows our poise throughout the game: Just stay level-headed and keep going at it.”

Baylor also controlled the glass (42-33) and pulled down 17 offensive boards to finish with a 15-3 edge in second-chance points.

Vince Williams scored 17 points to lead VCU (3-3), while Stockard had 13 points. The Rams shot 48% after halftime to hang around, frequently within two possessions, but they couldn’t quite overtake Baylor.

“I thought at times we put Baylor on their heels and we got our style of play going,” VCU coach Mike Rhoades said.

“I just thought at times we sort of shot ourselves in the foot. Before you can beat a team like Baylor, you can’t beat yourself. I think at times we did that with careless turnovers, some blown assignments coming out of timeouts or dead balls.”

Baylor: The Bears are back at the tournament for the first time since winning it in 2016. They opened with a 75-63 win against Arizona State for their second win in a week against Pac-12 opponents. They were tested Thursday, needing free throws from James Akinjo with 14.3 seconds left to keep this one in their grip. It marked Baylor’s 12th straight win dating to last year’s title run in the Indianapolis bubble.

VCU: The Rams took down a power-conference opponent in the first round, holding Syracuse to 29% shooting and forcing 16 turnovers in the 67-55 win. VCU managed to create headaches for Baylor, too, particularly in the first half. But the Rams couldn’t quite catch the Bears, getting the second-half margin to four points three times and three points once (45-42 near the 11-minute mark) but no closer in a pattern that held all the way into the final minute.

“We couldn’t get over the hump, but we just kept fighting to the end of the game,” Williams said.

Baylor led 29-27 and came out of the break with nine straight points. That included a five-point possession with Brown making two free throws after being hit on a flagrant foul by Levi Stockard III, then Mayer finding Flo Thamba with a lane-to-lane pass for a score and a three-point play.

Baylor protected that margin, though the Bears struggled to put the game away as the Rams continued to use full-court defense to keep Baylor out of rhythm.

“That was a killer,” Rhoades said. “We talked about it in the locker room, that they’re known for that this year but in the past, (coming) out of the locker room making a run. And they sure made one.”