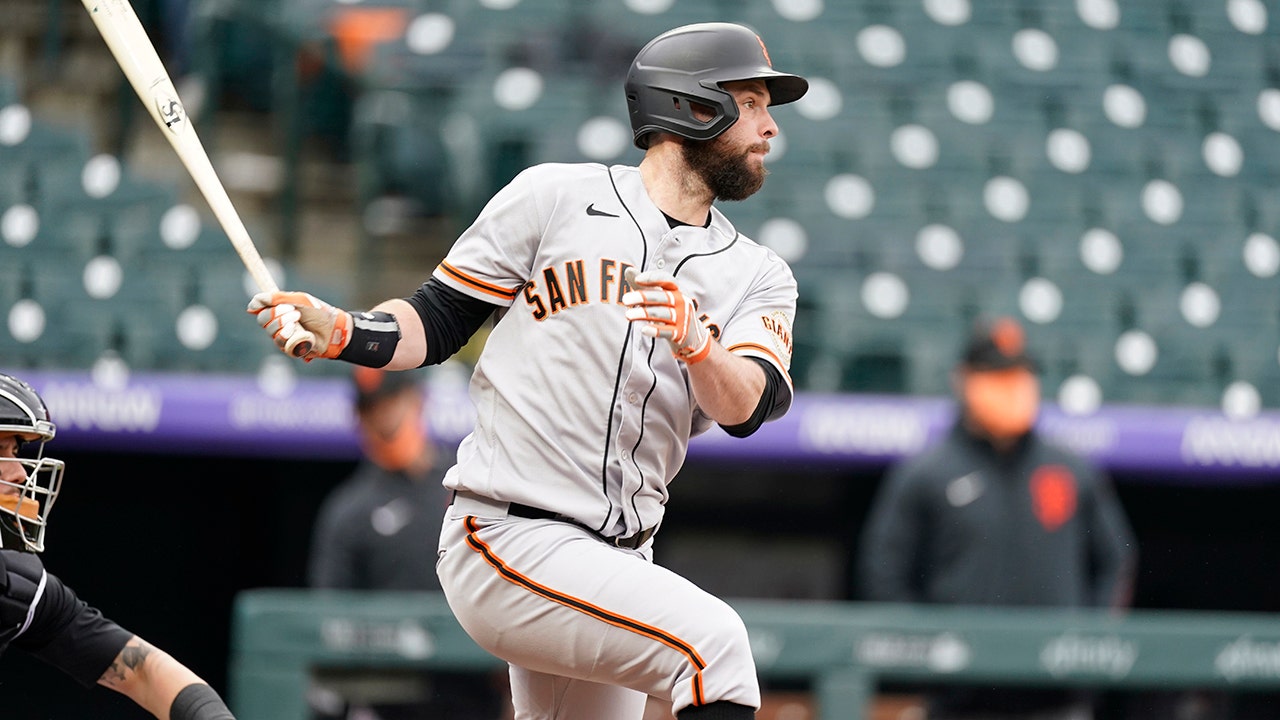 Brandon Belt hit a go-ahead single and a grand slam in a 10-run first inning that propelled the San Francisco Giants over the Colorado Rockies 12-4 Tuesday in a doubleheader opener.

Márquez (1-3) allowed eight runs and six hits in two-third of an inning, an outing that raised his ERA from 4.13 to 6.21. He has lost to the Giants three times this season.

Colorado allowed double-digit runs in an inning for the seventh time and dropped to 1-6 against the Giants this year.

Brandon Crawford added a two-run homer in the sixth against Lucas Gilbreath as the Giants romped in the makeup of Monday night’s rainout.

Mike Tauchman, acquired from the New York Yankees last week, hit leadoff for the Giants for the first time and scored twice in the first, doubling starting the game and later walking.

Alex Wood (3-0) was to start the second game for the Giants and Ryan Castellani was recalled from the alternate training site to make his season debut for the Rockies.

San Francisco sent 13 men to the plate and had eight hits in the first, its biggest inning since scoring 10 runs in the fourth of an 11-6 win over Pittsburgh on Sept. 7, 2008. It was the fifth time the Giants scored double digits in the first inning, the first since an 11-run frame against St. Louis on June 29, 1967.

Giants: RHP Kevin Gausman was placed on the injured list after receiving a COVID-19 vaccination and experiencing symptoms. The team’s medical staff anticipated the after-effects will clear up in a day or two. … C Joey Bart was recalled from the alternate training site. … INF Tommy LaStella went on the 10-day IL, retroactive to Monday, because of a left hamstring strain. Manager Gabe Kapler estimated LaStella could be sidelined up to six weeks. … INF Jason Vosler was recalled from the team’s alternate site.